Beyond the news coverage of the devastating 2011 Christchurch earthquake… I really did not know the extent of the damage, or the extent to which it had affected the quiet, unassuming city.

Without remembering much from the last time I was here in 2009, walking through the main streets I could definitely tell the difference, the place is quite deserted… Despite the earthquake taking place over four years ago, it appears as though not much in the way of rebuilding has occurred.

In contrast, a 2006 image of the Cathedral

The streets, on a mildly pleasant Tuesday, were relatively deserted… construction zones have replaced buildings everywhere and streets have become roadwork zones all over.

Amongst the destruction and construction, you can find a few areas of reprieve. One is the Re: START mall, a container mall located in the heart of Christchurch which was hastily constructed following the earthquake. The idea was to “breathe new life into the Christchurch central city”, from an outsider’s perspective, it does exactly that. 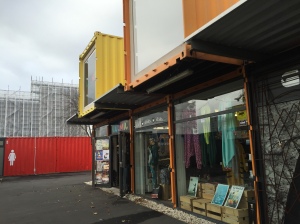 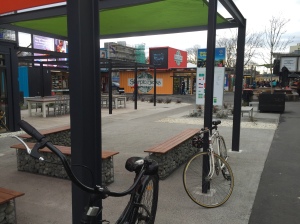 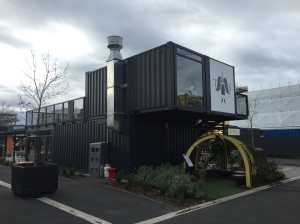 The mall has a wide range of shopping, banks, food and coffee outlets. Each container is brightly coloured and the area is spacious and vibrant. For people checking out Christchurch these days, it is definitely a spot to visit.

After our visit to the container mall, we went to take a walk in Hagley Park, however, due to a delightful downpour of sleet, we ended up sheltering in a Future Christchurch Information Centre. So what did we learn?

1. The reason the city is in the state that its in, comes as a result of insurance companies taking time in settling claims, so the government has been held up in putting into effect it’s rebuilding projects.

2. Due to the nature of the damage, 70% of Central City buildings had to be torn down and completely rebuilt, and it was this demolition process that has taken the past four years.

3. In about 10 years (being conservative) the city will be so completed, no one would be able to tell an earthquake even happened.

What do I think? I love the city… tourism should be encouraged because despite the development that is occurring, it still has a lot to offer. In a few years time, Christchurch will be once again thriving, stronger than before and I look forward to returning then.