Week two in my little town consisted of multiple visits to a fish restaurant, Vanessa’s birthday, Victor’s departure, my acquisition of a board, the introduction of the enduring steak sandwich tradition and the debut of Chris… potentially the most hilarious human being I have ever met.

Week two things got a little wild, the town was in full party mode and we definitely got swept along with it. Twice we managed to get most of the guests in the hostel to come to dinner at a local fish restaurant with us and then afterwards, we would hit the town, not returning home until at least 5am.

Vanessa turned 38… yes, 38! This woman has blessed with eternal youth. Victor left us after we all went out for a death session at Ribeira dragging with us Chris, a German with boundless enthusiasm but very little fear factor… which tends to be terrifying in death waves.

This was also the beginning of the end for me and an obsessive love for steak sandwiches. Lebre, one of the bars in town make the most amazing, mouthwatering (unhealthy) but delicious steak sandwiches… and it became routine for our little gang to go consume them apres-surf.

With Victor’s departure we made an agreement… I would give him 70 euros for his board and, as incentive for me to return it to him in Galicia, he said he would give me a full refund if I personally delivered it to him… pretty sweet deal.

His leaving certainly left a hole in the gang that we declared would be impossible to fill… along came Ingrid: bubbly, emotional, excitable Ingrid. Worlds apart in personality (and gender) from Victor… Ingrid was one beautiful addition and would be sticking with me at Amar for the rest of the season. 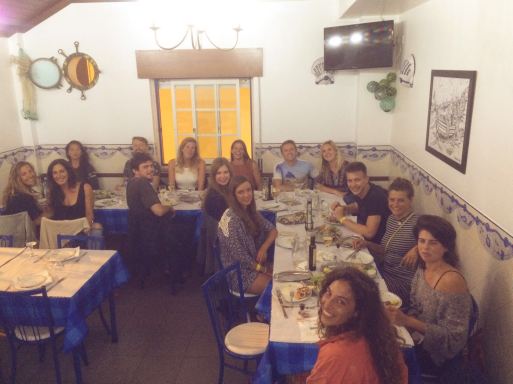 The beginning of a severe Gin and Tonic addiction 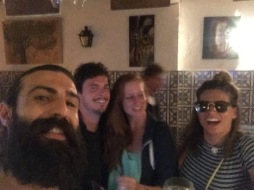 Surf class fun in the van

We decided it would be a great idea to watch Jaws. 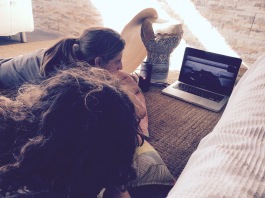 When the sea fog rolls in.

Ismael, of Jordan leaving us a cheeky tip.

This is my mate. We would bump into each other in the town and not know how to communicate.

Just one of a million sunset photos that I have. 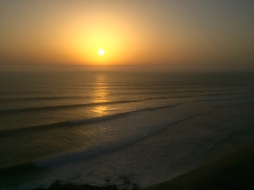 Get ready for a million of these. 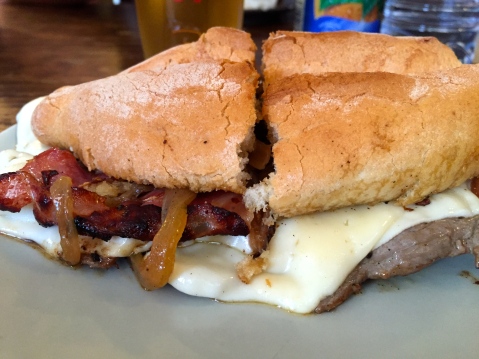 This… this here is the famed steak sandwich. My mouth is watering just typing about it.

Yes. I caught a pigeon. 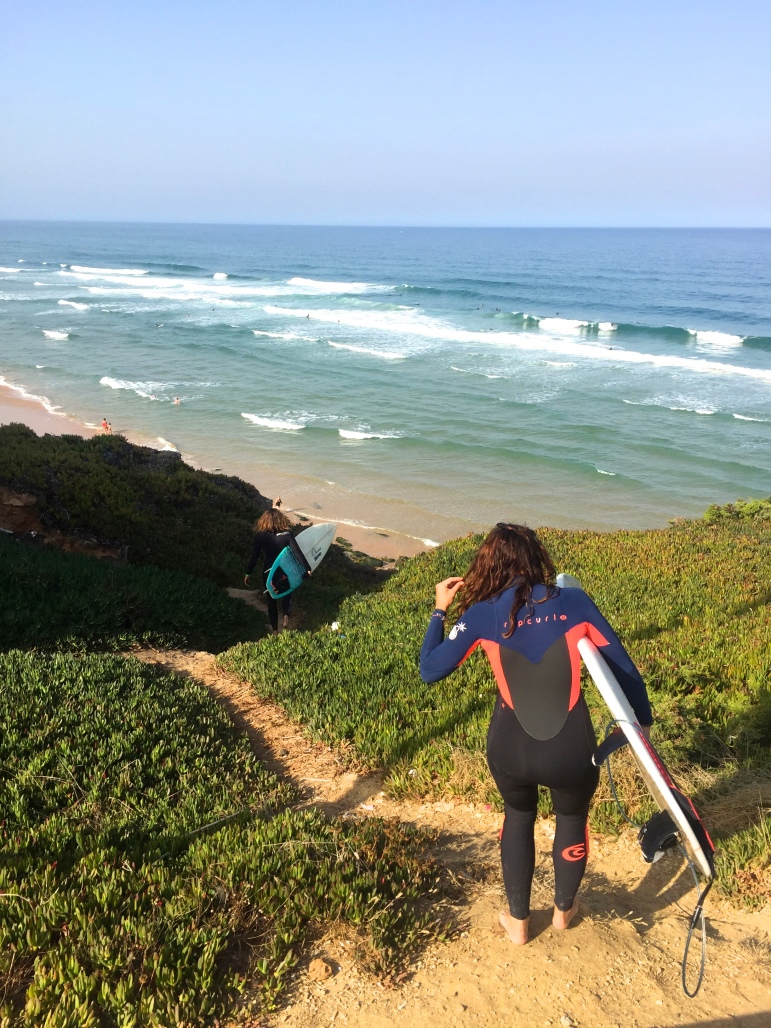 Vanessa and I heading down for a surf.